A rented cottage in the country. A group of friends who haven’t seen each other in 10 years. What could go wrong? An entirely improvised play set between a  rose-tinted past and an uncertain future – The Long Weekend explores the bonds that still tie us together as we grow up and grow apart.

The improv format was originally created by Christine Brooks. 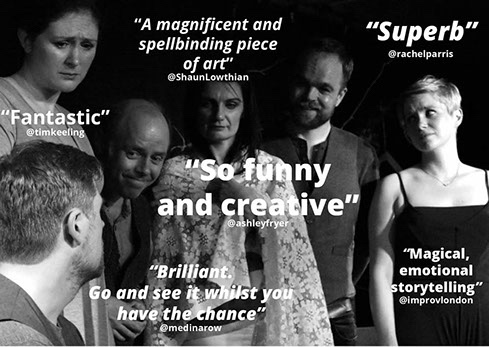 Ed is thrilled to be part of this production featuring some of his very favourite improvisers. It will be debuting at the Sweden Improv Festival aka #SWIMP on 24th March 2018 before going on to perform a short run at The Nursery Theatre in London from 31st March – 7th April 2018.