Edmund Fargher is an actor that has appeared on stage, on screen and online in various capacities.

Ed’s latest appearance was as part of a comedy sketch written and Directed by Tai Campbell for BBC Three.

Ed appeared in various roles earlier in the year in Keith Lemon: Coming in America on ITV2. 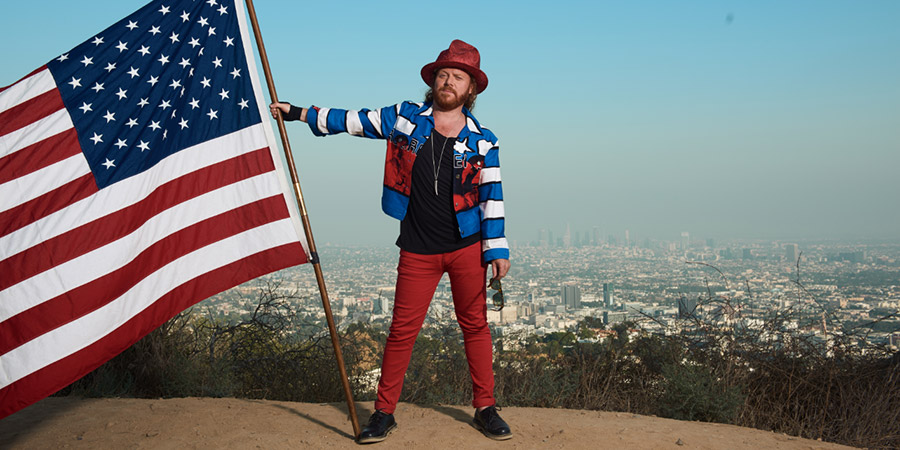 He also appears in a number of commercials for products including Tomy’s Turtle Bath Salon, Red Orchard and the Harrow Korfball Club, as well as occasionally presenting videos for the YouTube Channel Disruptive.Live.

As well as presenting plenty of podcasts in the past, Ed has started to take bookings as a Presenter on camera as well. Here is an example of his work for Disruptive Live:

Ed is collaborating with comedian and actress Katy Schutte‘s latest show Let’s Summon Demons. It has performed at the Stroud Theatre Festival 2018, The London Horror Festival 2018, the VAULTS Festival 2019 and the Brighton Fringe 2019.

We’ll also be bringing Let’s Summon Demons to Lincoln in the Paines Plough in October 2019.

Previous roles include Graham in Stonecroft, a new piece from Daggers Productions performed in a sell-out run at The New Wimbledon Theatre, pirate James Bonny in Care Not, Fear Naught and the villainous Oswald in King Arthur – The British Worthy.